Senator Nick Xenophon kindly agreed to do the honours of opening our new offices at North Terrace, Hackney.

We had a packed room with many turning up in the unofficial dress code of pyjamas.

Empty shoes were laid out to represent the many in the community who were too unwell to join us. 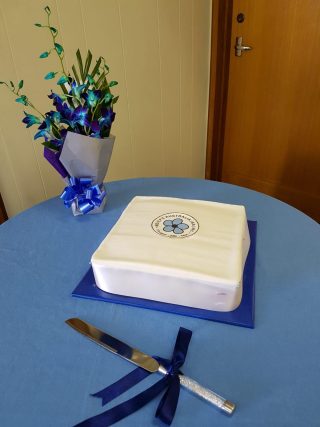 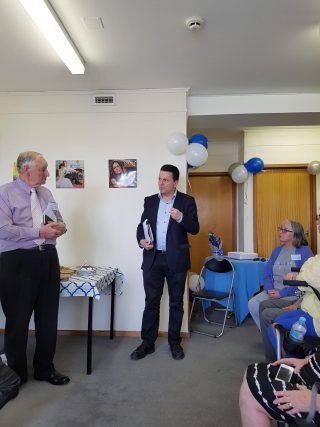 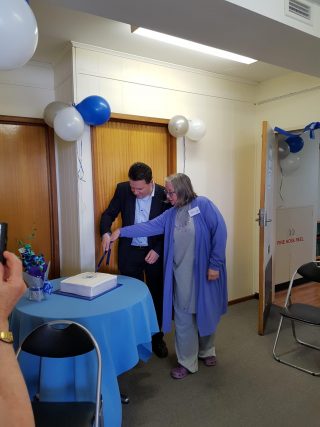 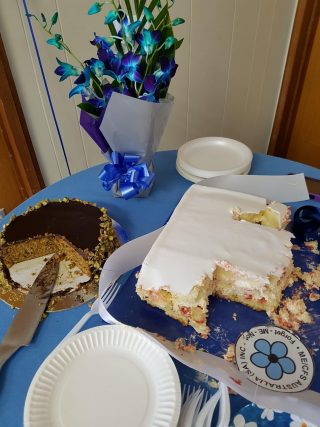 Thank you to all our members, and their family and friends, who worked to make this a special occasion: promoting the event; inviting our speaker, Nick Xenophon; providing food; organising the cake and flowers; setting up and decorating the room; arranging the shoes; cleaning up; and all the other tasks that contribute to such an event. 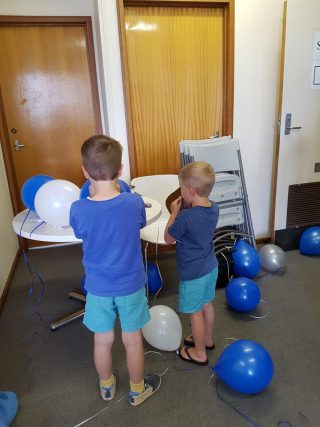 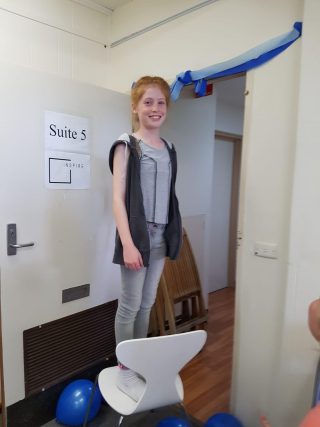 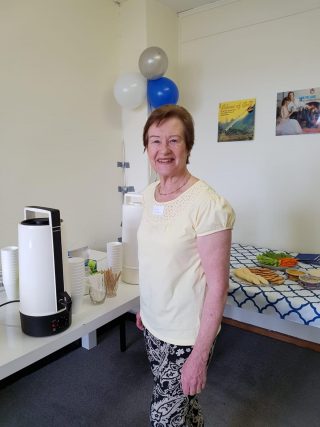 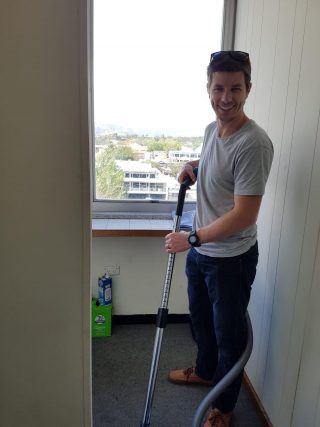 "Thank you very much for inviting me. I know that this is quite controversial. There are some medicos who say this is simply psychosomatic which is quite baffling when you consider that most people develop ME or Chronic Fatigue Syndrome after a viral illness. It also doesn’t make sense that if you actually have, from the research that I’ve seen, if you are put on the bike test and internationally, it shows that there are actual physiological changes that you can measure.

So when I think about your campaign to try and get an appropriate acknowledgement, appropriate treatment, including opening doors to the NDIS which I think that we - that I think my office wants to facilitate that and we can down the track ask questions through the parliamentary committee process, I think that is relevant and important. It reminds me of what you are going through, and I’ve known people who have got CFS and I know how debilitating it’s been for them, and what a struggle it’s been for them, so to dismiss it readily as some do is, I believe, completely unfair.

Your campaign for acknowledgement and recognition, and appropriate support, reminds me a bit of the words of the old war-horse of the British Labour Party Tony Benn, who passed away a couple of years ago in his 90s, and I used this quote in my first speech in the senate where he said something like this:

It’s the same each time with progress. First they ignore you, then they say you’re mad, then dangerous, then there’s a pause, and then you can’t find anyone who disagrees with you.

So at this stage we’re not quite at the pause stage. We need to get to a stage where there’s a pause and when everyone sits back and says well, we need to look and acknowledge it as the number of people affected is quite significant.

The other thing this group reminds me of, because you have 200 people that get help from you, but there’s about 7,000 people in South Australia who are affected by this, is that strong sense of community, that people volunteer their time, to keep a tiny office on an absolute shoe string; because they used to call me the dental floss budget, so I think it’s terrific.

A number of years ago there was a book written by an American, Robert Putnam, called “Bowling Alone”, back in 2000. Some of you may have heard of the book, and he wrote about how there’s a phenomenon in the US where people would go to 10-pin bowling, where they go alone, they wouldn’t be part of a team, and he said it was a metaphor for a decline in American social capital; that effectively people were getting more disconnected from each other, they weren’t helping each other out, they were being little individual islands which was actually very destructive for a community.

I think what you are doing here is the very opposite of that; this is a place where you can get together, where you can offer help to people who have been shunned in some cases, to connect them to the doctors who understand the nature of the problem, to give appropriate support and to advocate which I think is very essential. So it’s terrific to be here. It would be a lie if I said that I wasn’t influenced in some part by the prospect of cake.

I’d like to see ME patients work through issues and I think doctors like Bruce Wauchope, who has been quite helpful, and I just think you win this on the evidence and the science, the fact that viral illnesses usually, almost invariably, predate the onset of this. The bike test which isn’t terribly well-funded – who pays for it now? It’s a trial. You need to expand that trial because it seems to me that if you see actual markers that indicate real physiological changes, then that to me goes against those who are dismissive of this, as they have been in the UK particularly, although I think the US has been quite encouraging.

So it’s good to be here, and I look forward to working with you as a group and maybe reporting back to you in the next few months, as to what progress can be made."

Directions to the office

The new office is open on Wednesdays between 11am and 3pm in Suite 506, 19 North Terrace, Hackney.

Take the lift to the fifth floor, and turn right as you leave the lift. The office is the second door on the right.

On-street parking is available on North Terrace, Nuffield Lane (east of the building) and Westbury Street to the north.

John, our volunteer office manager, looks forward to catching up with you.