#MillionsMissing, a new global event, was launched by #MEAction in May. Cities around the globe held demonstations displaying empty shoes as a poignant reminder of those missing from their lives, due to ME/CFS.

The biggest demonstration was in Washington DC. Australian grass root advocates sent dozens of thongs (flip-flops) to represent the 250,000 Australians missing from their lives because of ME/CFS and to show solidarity for the new global movement. Each pair of thongs represents over 3,000 Australians with ME/CFS.

On the 25 May, the Australian ME/CFS community united 'to be seen' at the first Australian #MillionsMissing public event, held in Melbourne, on the lawns of the beautiful State Library Victoria.

Spearheaded by online activists, shoes were sent from all over Australia, with 31 pairs of shoes being taken from Adelaide to Melbourne.

For a full report, including photos, media article and background to the event, visit #SockItToME 2016.

Our awareness and fundraiser event on Friday 22 May, was a night of fun, seeing pre-loved clothing made into the latest of fashions. The Remodelled Fashion Show was generously organised by Jo and Jenny Chapman and put on by Colonel Light Gardens Church of Christ, the Big A Op Shop, and a myriad of volunteers.

We are very thankful to have the support of so many wonderful people outside of our community giving generously and warm-heartedly to help those with ME/CFS.

For a full report and a link to many more photos of the event, visit Remodelled Fashion Show. 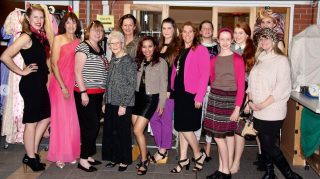 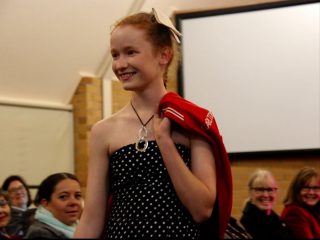 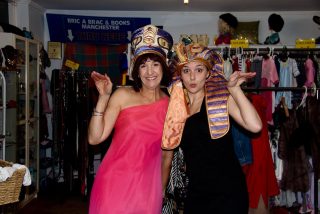 Badge day was held at the Unley Shopping Centre this year on 18 May.

We were delighted to have the endorsement of the rincipal of Concordia College, Lester Saegenschnitter, for students to assist us on Badge day. Thank you also to Student Welfare Worker, Jason Kupke, who organised the students and spoke about ME/CFS at their assembly.

The Year 9 students who volunteered their time to collect for the us were a pleasure to work with and by the end of their stint had mastered the pronunciation of Myalgic Encephalomyelitis.

We thank Unley Shopping Centre and Adhesive Labels for their generous support. 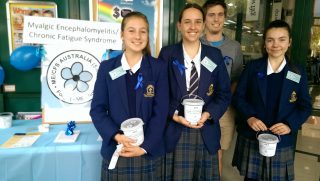 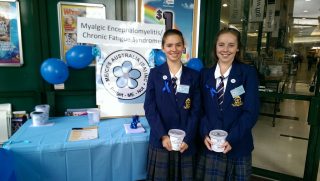 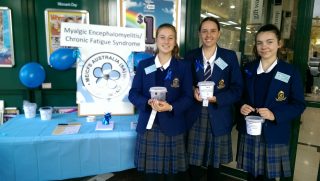 In line with the #SockItToME theme, our badge day helpers received 'Despicable ME' socks as a thank you. 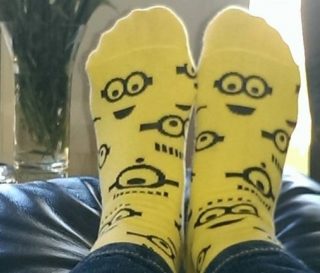 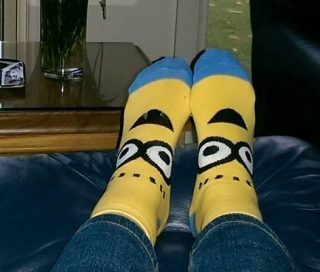 Beginning in 2014, iconic buildings and landmarks around the globe have been lit up blue to mark May12th International ME/CFS Awareness Day.

Australia participated in 2015 with three buildings lit up and this year we had 10 nationwide.

Thank you to our volunteers: Jac Oliver, who organised the light up of Adelaide Oval; and Leonie Potgieter who reached out to SA Power Networks. 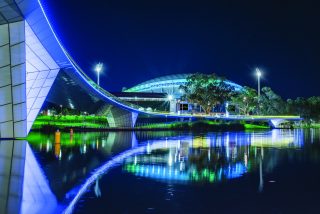 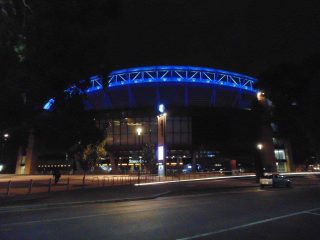 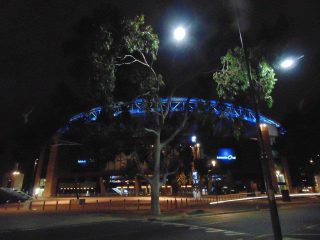 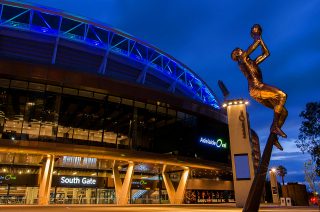 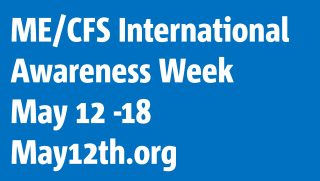 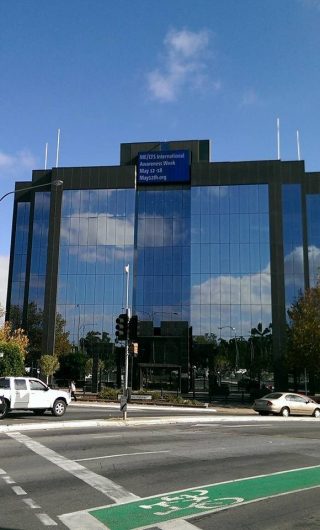 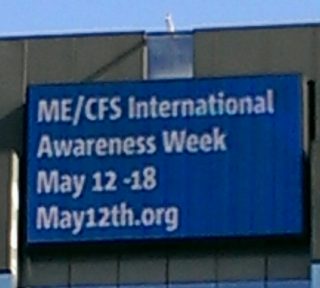 #LightUpTheNight was picked up by the media, from soundbites on ABC radio news, to longer interviews on national and regional radio.